In the UK, there are three national cancer screening programmes, which include breast, bowel and cervical screening with the aim of helping to pick up cancer early. While one may wonder why other cancers aren’t being screened, setting up a successful screening programme* is a complex procedure (and not unique to cancer screening) that requires e.g. sufficient evidence that it will actually save lives from the disease without too much risk; unfortunately, there are numerous factors that need to be considered. Of note, the cervical screening programme is slightly different in that the aim is to detect early changes in the cervix that could otherwise increase the risk of developing cervical cancer as opposed to picking up cervical cancer directly.

Information on the Respective Cancer Screenings 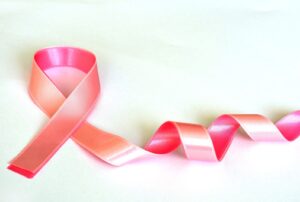 The National Guidance for the NHS Breast Cancer Screening Programme

Breast Cancer Screening is offered to women aged 50-70 in all UK nations every three years. In England there is a trial in some areas to see the effect of inviting women aged 47-73 but you should be invited for screening within three years of turning 50. Not many women, however, are aware that when they are 71 or over, they will stop receiving screening invitations but in fact can continue to have screening every three years by contacting the local screening unit.

The effectiveness of the breast screening programme has recently come under review due to issues surrounding the rate of false positives that invariably get picked up where a number of women are found to have breast cancer that would have otherwise have been harmless but resulting in unnecessary intervention. Some countries do not have a national breast screening programme.  For a summary of the pros and cons to breast screening, please see this video by CRUK (The BBC also has an article). Interestingly, there has been some recent advances in the use of artificial intelligence system for breast cancer screening from a large representative dataset from the UK and a large enriched dataset from the USA published in Nature, Jan 2020; based on an independent study of six radiologists, the AI system outperformed all of the human readers. The hope is that this may pave the way for clinical trials to improve the accuracy and efficiency of breast cancer screening. 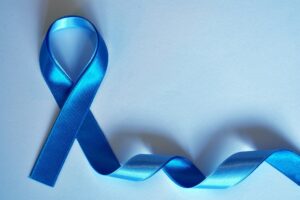 The National Guidance for the NHS Bowel Cancer Screening Programme

Bowel Cancer Screening is offered every two years to men and women aged 60-74 in England, Wales and Northern Ireland. In Scotland, men and women aged 50-74 are offered screening. In essence, a kit called the faecal immunochemical test (FIT), introduced in England in June 2019 (replacing the previous foecal occult blood (FOB) test), is sent to you where a stool sample needs to be provided; those aged 75 and over can also request a kit by ringing 0800 7076060. Depending on the results, one would then be invited to have a camera test from the back passage, known as a colonoscopy. In England, a one off colonoscopy is also being offered to people at age 55 as part of screening. 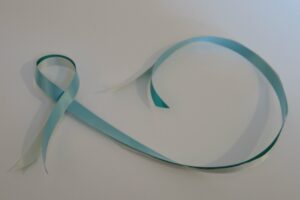 The National Guidance for the NHS Cervical Screening Programme

Cervical Screening is offered to women aged 25-64 in the UK. It is offered every three years for women aged 25-49, and every five years for women 50-64. Whilst the number of deaths from cervical cancer has drastically dropped by up to 70% following the introduction of the cervical screening in 1988 (and will continue to decrease following the introduction of the HPV vaccine in 2008), uptake of the screening itself has dropped year on. For more information see here.

There are a number of barriers to having the cervical screening (which is also known as the smear test), which may for example be due to the fear of seeing the doctor, embarrassment or concerns of being hurt, etc. Campaigns to increase the awareness of cervical screening have come from various charities, celebrities (some of whom have had their smear test broadcasted live on TV), individuals (BBC, Dec 2019) and from local incentive schemes that have involved NHS GP practices to work in collaboration with CRUK and the Clinical Commissioning Groups (CCGs).

You can watch this excellent YouTube video that answers many of the questions and concerns often raised by women when having the smear test.

For eligibility of any of the UK cancer screening programmes, please look here. Of note, the US cancer screening guidelines are slightly different and tend to have an earlier recommended age for screening. That said, there are ongoing discussions to try to lower the age for bowel and breast cancer screening in the UK.

A new pilot study in June 2020 has recently been conducted in the UK where researchers collected DNA from saliva samples of 307 men to test for more than 130 genetic changes that have been linked with prostate cancer. Given the promising results in being able to stratify risk (over a third of apparently healthy men who were found to have the highest levels of inherited risk were diagnosed with a new prostate cancer), this will now be followed by a larger-scale study that could potentially pave the way for a new prostate cancer screening program (see also Genetic Testing).