We know that cancer is caused by certain changes to our genes that for example control the way cells grow and divide. That said, it is thought that actually only about 5-10% of all cancer cases result from specific inherited genes, which may come to you as a bit of a surprise particularly as there seems to be a tendency in society to place a lot of focus on genetics (i.e. in the form of family history) with cancer. Furthermore, just because you have the mutation in a given gene associated with cancer does not mean that you will definitely get cancer; this is largely thought to be due to epigenetics (a stable, heritable phenotype that is not caused by a change in the underlying DNA sequence). Similarly, acquiring critical mutations leading to DNA damage in your cells does not necessarily equate to the formation of cancer as there are efficient ways of repairing DNA damage that the body utilises. Moreover, immune cells in our body are able to locate and kill cancer cells as part of an immunosurveillance system (see What is Cancer?). 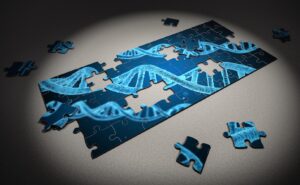 With 40% of cancers thought to be due to preventable causes, it is important therefore to try to tackle things from as many angles as possible. Clearly, there are of course some genes that we know are highly involved with certain types of cancers (namely breast, ovarian, colorectal and prostate cancer) so assuming there is a strong family history of cancer and you meet certain criteria, it would be advisable to be referred for genetic testing by your GP.

Some gene mutations are associated with a higher risk of cancer

Interestingly, awareness of the BRCA gene mutation came into public focus particularly in 2013 following the actress, Angelina Jolie who underwent a double mastectomy for preventative purposes. Her announcement for this decision at the time can be read here. Following on from this, there has been a greater demand for genetic testing. You can find a beginner’s guide to the BRCA1 and BRCA2 genes if you scroll down through the interview here (from The Royal Marsden)

Responsible for about 1-4% of all colorectal cancer and lifetime risk of cancer is 91% for men and 69% for women by the age of 70. It has an increased risk of endometrial, ovarian, genitourinary, small bowel and biliary tract cancers. For more details see here

p53 (also known as TP53) is a tumour suppressor gene that codes for a protein that regulates the cell cycle. Homozygous loss of p53 is found in 65% of colon cancers, 30–50% of breast cancers, and 50% of lung cancers

BRAF (B-Raf) is a proto-oncogene that is a gene that is involved in cell growth. Mutations in this gene is seen in cancers such as melanoma and colorectal cancer.

There are several other genes all thought to contribute to the formation of cancer to varying degrees, e.g. ATM, BRIP1, CHEK2, MutYH, PALB2, POLD1, POLE, RAD51C, RAD51D, STK11, etc.

As part of a drive to further understand the genetics of rare diseases and cancers, until recently select patients on the NHS had been given the opportunity to enrol onto a project that involved sequencing 100,000 genomes from around 85,000 NHS patients, called the 100,000 Genome Project. The aim of the project is to learn how to adapt cancer treatment by looking at the genome of the tumour and ultimately, establish a new genomic medicine service for the NHS that will transform cancer care. 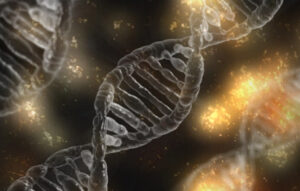 When You Are Referred

As part of the referral process to Clinical Genetics, you will be asked to fill in a cancer questionnaire by your doctor. An example of such questionnaire and more information about diagnostic genetic testing can be found here (taken from Oxford University Hospitals NHS Trust).

A new pilot study in June 2020 has recently been conducted in the UK where researchers collected DNA from saliva samples of 307 men to test for more than 130 genetic changes that have been linked with prostate cancer. Given the promising results in being able to stratify risk (over a third of apparently healthy men who were found to have the highest levels of inherited risk were diagnosed with a new prostate cancer), this will now be followed by a larger-scale study that could potentially pave the way for a new prostate cancer screening program.