A Time to Reflect – Poems

Feelings and emotions – these are things we need to hold close, relate, embrace and cherish day-to-day. However, in our busy and ever-increasing materialistic lifestyles, we often forget to pause to think and reflect on what is truly important in life. Relationships, love, health, happiness, family, friends, knowledge, learning, etc,  these are all intertwined with time. Time may of course, be linked with success and money (after all, they say ‘time is money’) but I think our true focus of time should be spent thinking on how we want to spend our given time on this world, putting this into action and to make every moment and experience count. Many of you may already be deep-thinkers who know how to reflect in and reflect on action. I have the great pleasure of knowing one such friend (and mentor), who is a poet among many other things. Through his poems, he and I hope you will be able to reflect on the importance of your time and what you hold dear, as part of your cancer-free journey. 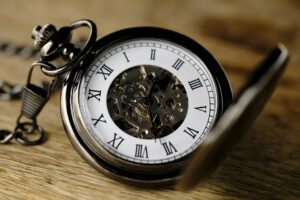 ‘John Elinger, the author of these poems, is the pen-name of  Sir Christopher Ball, sometime Warden of Keble College, Oxford, Chancellor of the University of Derby, and Director of Learning at the R.S.A. A retired university teacher living in Oxford, he is happily married with six children, eight grandchildren, and three (step) great-grandchildren. Having been an occasional poet since his schooldays, he committed himself to developing his skills in versification during the later period of his life.

He first published two slender volumes of verse, Still Life and Operatic Interludes (2008) and was appointed Visiting Poet at the University of Augusta, Georgia, in the same year. His poems have won several prizes, including the Best Local Poem Competition in 2009 for The Cooling Towers of Didcot.  More recently, he has published with Signal Books (Oxford) a series of illustrated travel books in verse, describing places of note: (Oxford) That Sweet City (2013), (London) That Mighty Heart (2014) and (Portmeirion, in Wales) That Strange Necessity (2016). His current project is an illustrated book of verse, to be called The Seven Seas, about the oceans and sea-travel. In celebration of their sixtieth wedding anniversary in 2018, he published Marriage, a Sonnet Sequence, illustrated by his wife, Wendy.

He believes that good poetry should be memorable. Poets aim to write something worth remembering in a striking and memorable form.  Elinger is a formalist who enjoys wrestling with the traditional verse forms – sonnet and sestina, villanelle or stanzaic verse – as well as the freer forms in favour today.  He seeks to align himself with that great tradition of English poets, inspired by classical models, whose aim was to please, inform and (perhaps) even transform the lives of their readers.

He likes to think that the poet does one half of the job of creating a poem: the other half is the reader’s task. He advises his readers to read the poems slowly and carefully, and more than once, both with their eyes and ears, paying equal attention to the form and the meaning. Most poems (someone once said) turn out to be about the natural world, or human love (of all kinds), or the art of poetry itself (or any combination of these). Close reading is essential: look for the ambiguities, both what’s said and what’s left unsaid. Learn to recognise verse-forms, metaphors, echoes of other poems… Context is everything: learn to appreciate the layers of context (language, social and literary history, contemporary events, the public and the personal…) in which the poem sits. But, above all, seek to enjoy poetry: try to learn by heart the ones that please you most!’ 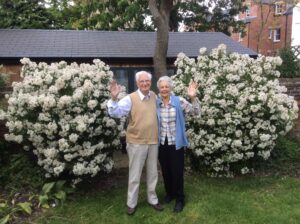