You have probably never heard of cranial electrotherapy stimulation (CES) as a therapy modality for managing anxiety, depression and insomnia and neither had I, until fairly recently. We are however, no strangers to electrical-based therapies in medicine. 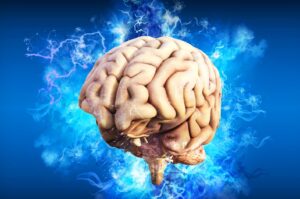 In the field of medicine, interventions are heavily focused on influencing the biochemical processes that take place in the body and we therefore predominantly use pharmacological interventions (i.e. medications) to help directly / indirectly block or stimulate certain biochemical and physiological pathways. Similarly, we use antimicrobial drugs such as antibiotics, anti-fungals and anti-virals, to block metabolic pathways that microorganisms utilise in the hope that this would lead to their destruction. While these approaches have been exceptionally successful in modern medicine, other modes of therapies such as electrotherapies are coming-of-age once again and are used by many, sometimes as an adjunct to more conventional therapies but also as stand alone therapies.

My Personal Review of the Alpha-Stim ® (AID)

(This is a review as an individual and not as a doctor.)

The Alpha-Stim ® (AID) is one such electrotherapy device that is showing much promise and currently being introduced into parts of the NHS such as in Northamptonshire, Derbyshire and Nottinghamshire; it is also used in the private sector particularly by psychiatrists on Harley Street and private GPs and widely used in the US (Note: the technology was first developed in 1981 in the US). Most importantly, the Alpha-Stim ® (AID) made its way into the Medtech Innovation Briefings of the National Institute of Clinical Excellence in Sep 2019 as a non-pharmacological device offering an alternative to or in addition to current treatment options for people with anxiety disorder; it has essentially been given a seal of approval as a clinical-grade device in the UK. 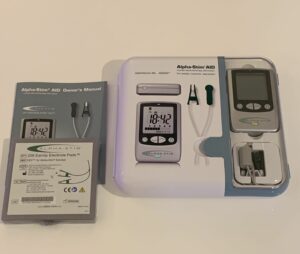 Having got hold of a demo version of Alpha-Stim ® (AID) through the Managing Director of The Microcurrent Site, I was very keen and excited to try this out for myself as a cutting edge technology (although admittedly, I was not depressed, anxious nor have had any major issues with sleep) before deciding on making any formal recommendations. In medicine and particularly in the field of surgery, we have the phrase, ‘see one, do one, teach one‘ and as an extension to this, I often like to add on ‘experience one’ assuming this is practical and safe to do so. Hence, I decided to test the Alpha-Stim ® (AID) for the next two weeks as a trial to see (1) how it would feel, (2) whether there were any enhanced positive benefits and (3) if there were any noticeable side effects.

What Were My Findings?

Opening the box, I was initially apprehensive that this was going take some time to get to grips with but was pleasantly surprised at how easy it was to use. All it required was to change the felt electrode pads (the white circle stickies) on the earclips, apply some contact solution, place the clips on to the ear lobes and then switch on the device. I then needed to increase the voltage (press of a button) until I felt a slight sense of vertigo and then reduced the setting by one, and (voila!) just left the device running in the background for 20 mins without really feeling much apart from the occasionally odd tingling sensation of the ear lobes if the contacts were not so good. 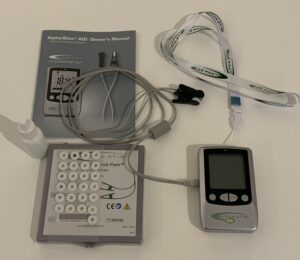 I liked the fact that I wasn’t tied down to the therapy session and that I could do other things whilst having the device on for a mere 20 mins a day. It felt like carrying a first generation iPod (for those of you who may remember) but without listening to the music.

At no point in this short two week trial did I feel I managed to super-enhance my mood (given that I wasn’t feeling anxious or depressed to start off with) but the important thing for me was that I had no side effects and my mood didn’t worsen from using it. Clearly, with better quality sleep, I felt more refreshed with a sense of clear-headedness especially in the mornings, which was amazing. In terms of clinical data, trials have shown statistically significant improvements in anxiety and depression compared with control interventions and on the The Microcurrent Site, they have more up to date studies in the form of clinical research data and observational studies highlighting the positive effects on anxiety, depression, insomnia and *pain. Even on the basis of sleep alone, I can easily see this having a positive effect on mood. 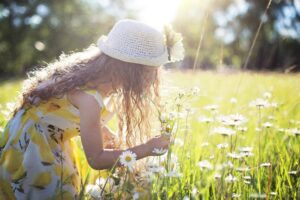 The biggest advantage of the Alpha-Stim ® (AID) over conventional therapies is that it is a non-pharmacological intervention (= no medication) with a great track record. With the waiting times for psychological therapies being weeks to months, I think there is a huge potential for such medical device. I am currently proactively trying to introduce this locally (in the NHS and private setting) and with some of the Colleges of the University of Oxford as I think patients including students will greatly benefit from this.

How Safe Is It?

In medicine we have another saying, ‘First do no harm‘ (frequently but probably inaccurately attributed to Hippocrates) and I genuinely believe there is an exceptionally low risk of any side effects when using this device. Mr Steven Hutchinson, Managing Director of The Microcurrent Site says, ‘In the 39 years, there hasn’t been a single legal case as the device is completely safe’. 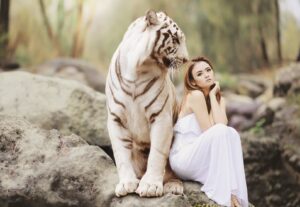 Is It Cost Effective?

This is by no means a cheap device for the individual (RRP £599.00 inc. VAT) but definitely worth considering if you have the means or access to it. Hopefully with a greater awareness of the technology and the NHS fully endorsing it, we may find GP surgeries investing in these sorts of devices and offering it to their patients (or loaning them out) in the near future and the prices per unit dropping based on the economies of scale. Health economics have calculated this to be a cost effective line of therapy when considering the cost of psychological therapies and medications on the NHS. Similarly, patients already funding private psychological therapies may find this a worthwhile investment. 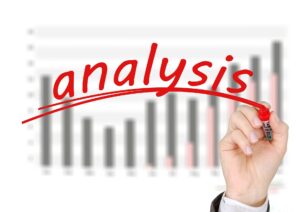 How Can I Get One At A Discount Price? 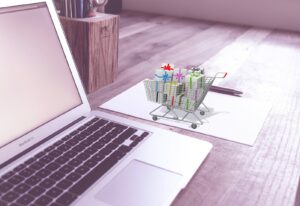 Public Awareness and The Future?

I think it will be a matter of time before cranial electrotherapy stimulation (CES) hits the mainstream for managing anxiety, depression and insomnia along side medications and psychological therapies (What is Psychological Therapy?).

Alpha-Stim ® is featured & supported by The Sunday Times, The Daily Mail and The Telegraph.

Would I Recommend This Device?

As an individual and with a scientific-minded hat on, the short answer is definitely ‘yes’, especially if you are looking for something that doesn’t involve taking medications and psychological therapies isn’t quite having enough of a benefit (see What is Psychological Therapy?). Clearly, it may not be for all and will not get rid of the underlying problem that may be driving the anxiety/depression/insomnia but I think it may be a sound investment for some. Even as a doctor, my baseline pragmatic view is that if a potential therapy works for that individual and assuming there is essentially zero / minimal side effects or risks and patients aren’t being exploited in anyway, I am all in favour of novel therapies including complementary or alternative therapies even if the evidence for their effectiveness may not be as robust as conventional (allopathic) medicine.

Hopefully, once I get more feedback from some of the users of the Alpha-Stim ®, I can write a further update and incorporate a testimonials section.