We often hear stories of individuals who have been cured of cancer, those who have survived / beaten cancer and of those who have gone into spontaneous or radical remission. On the face of it, this may feel a rather distant (or even an alien) concept from the harsh reality of your cancer diagnosis or to those undergoing cancer treatment. The amazing thing is that it can really happen. Here, I breakdown what I call the ‘survivor stories’ into four separate sections but the purpose of writing this is to be able to offer an element of ‘hope’ to you. These will include my own encounters (professionally and personally), a list of cancer survivorship websites, information on patients who have undergone spontaneous / radical cancer remission and lastly, people who have been exceptional responders to cancer treatment. Be warned, there is a lot of content on this page. 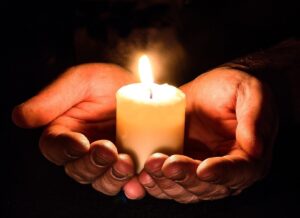 Hope is a powerful ally to the healing process even in the darkest of hours. I have seen many patients with cancer over my time and truly believe that keeping hope and having a positive mindset and outlook on life can do the world of good. During my medical school days, I distinctly remember sitting in an outpatient clinic where a young lady, who was perhaps in her mid-40/50s, was being told she had cancer for the first time (it was some upper gastrointestinal cancer). She had had only vague symptoms and subsequently referred by her GP to the surgeons. Despite the consultant’s best effort of being sympathetic and understanding, she looked absolutely distraught, in floods of tears and devastated by the end of the consultation.

During my six-week surgical attachment, this lady shortly ended up on the wards and no sooner, passed away over the coming weeks. Whilst my recollection of the events is somewhat hazy, she essentially lived no more than two months from her initial diagnosis in the outpatient clinic to her passing away on the hospital ward. I remember at one point our eyes crossed on the ward where I felt that she had completely lost hope. Looking back, this had been from the very day she was given the cancer diagnosis where I think she had essentially resigned to the so-called sick role of ‘the cancer patient’ despite having minimal symptoms at the time. 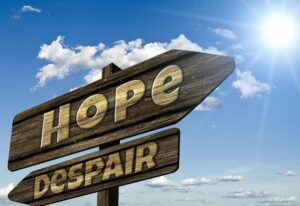 Of course, it is difficult to say whether the outcome would have been vastly different had she confronted her fears and managed to be positively minded in facing cancer head on. In hindsight (and with more clinical knowledge now compared to when I was a medical student back then), she would have likely had some blood clot or a bleed as a potential complication of her cancer that may have led to her rapid deterioration. Clearly, clinicians should not be offering false hope to their patients but let me tell you a true story that has shaped my belief in the power of hope.

My aunt-in-law is living proof that there are truly times when the odds are beaten and medicine gets it wrong. Diagnosed with breast cancer at age 34, she had terminal breast cancer with lung metastases by the age of 45 and was told she had no more than six months to live. Having undergone numerous types of treatments (conventional, complementary and alternative therapies), she remains in good health to this day age 74 and continues to have regular follow up with the oncologists and is a living testament that cancer is not a death sentence as it was once perceived to be. 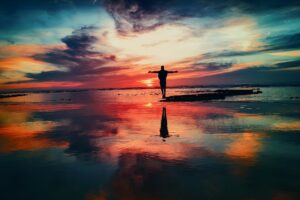 In the below sections, you will read about other people who have overcome cancer.

Here are several websites with stories from cancer survivors who have used conventional and the not-so-conventional therapies to treat their cancer. I must emphasise that I am not advocating any of the specific treatments that they may or may not have used but wish to place the focus of attention to the fact that there is always some hope and it is comforting to know this.

National Coalition For Cancer Survivorship (US)

My Survival Story (US)

Cancer Survivors’ Stories. They did it, you can too! (Book 8 is free in PDF format)

From near death to the all clear – is this man proof doctors can finally beat cancer? (The Sun, 2018)

Told they had terminal cancer and had as little as weeks to live, the miracle survivors’ club have proved the doctors wrong (Daily Mail, 2011)

Our Cancer – a community of people living and fighting every day (John Hopkins, US)

Blog for a Cure (US)

What Almost Dying Taught Me About Living. (Suleika Jaouad, TED 2019)

Yes, I Survived Cancer. But That Doesn’t Define Me. (Debra Jarvis, TEDMED 2014) 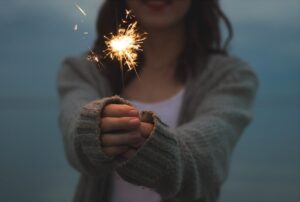 Sometimes, we find that cancer may in fact go away without any (significant) medical intervention at all. Whilst it is unclear why this can happen, it is truly a remarkable phenomenon and one that brings a glimmer of hope to those with cancer (and to those studying cancer). Of note, the Institute of Noetic Sciences has a fantastic digital media library with free access to ‘the largest database of medically reported cases of spontaneous remission in the world, with more than 3,500 references from more than 800 journals in 20 different languages’. Whilst published in 1993 and notwithstanding the fact that medicine has since advanced a long way, the various published accounts should not be trivialised as they act as evidence and a reminder that cases of spontaneous / radical remission do occur. More recently, Dr Kelly Turner talks about the she found most likely linked to radical remission of cancer through her extensive interviews with cancer survivors and analyses of written cases of radical remission. More information can be found through the Radical Remission Project. 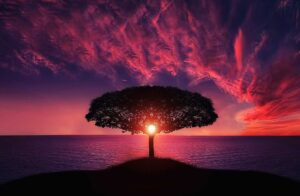 Another aspect to cancer survivorship is those who seem to respond remarkably to cancer treatment for whatever reason. There is a study led by Harvard’s biomedical informatics department called The Network of Enigmatic Exceptional Responders where particular cancer patients who have had unique positive responses to cancer treatments can volunteer to participate in research. The hope is to be able to shed light on their biology that allows them to respond so well to particular treatments compared to others. Tapping into this database may offer some clues as to why some people respond favourably to certain treatments and hopefully allow new avenues for cancer research and development. 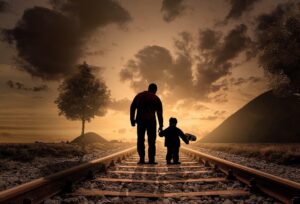 Share Your Story (As Part of CanSure Heal It)

I genuine believe in the healing power of the narrative. In the comments section below, you can write your own story (i.e. your cancer-free journey) with the primary focus on what has really worked well for you as a cancer survivor. Putting down things in writing will hopefully help you express some of your inner thoughts and feelings. You never know, you may be able to provide some inspiration and help others to express theirs as well.

Separate to ‘your story’, if you wish to leave general feedback or share your own experiences good and/or bad, it would be best to write in the comments section within Patient Involvement ‘Your Views’. 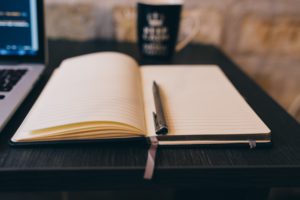